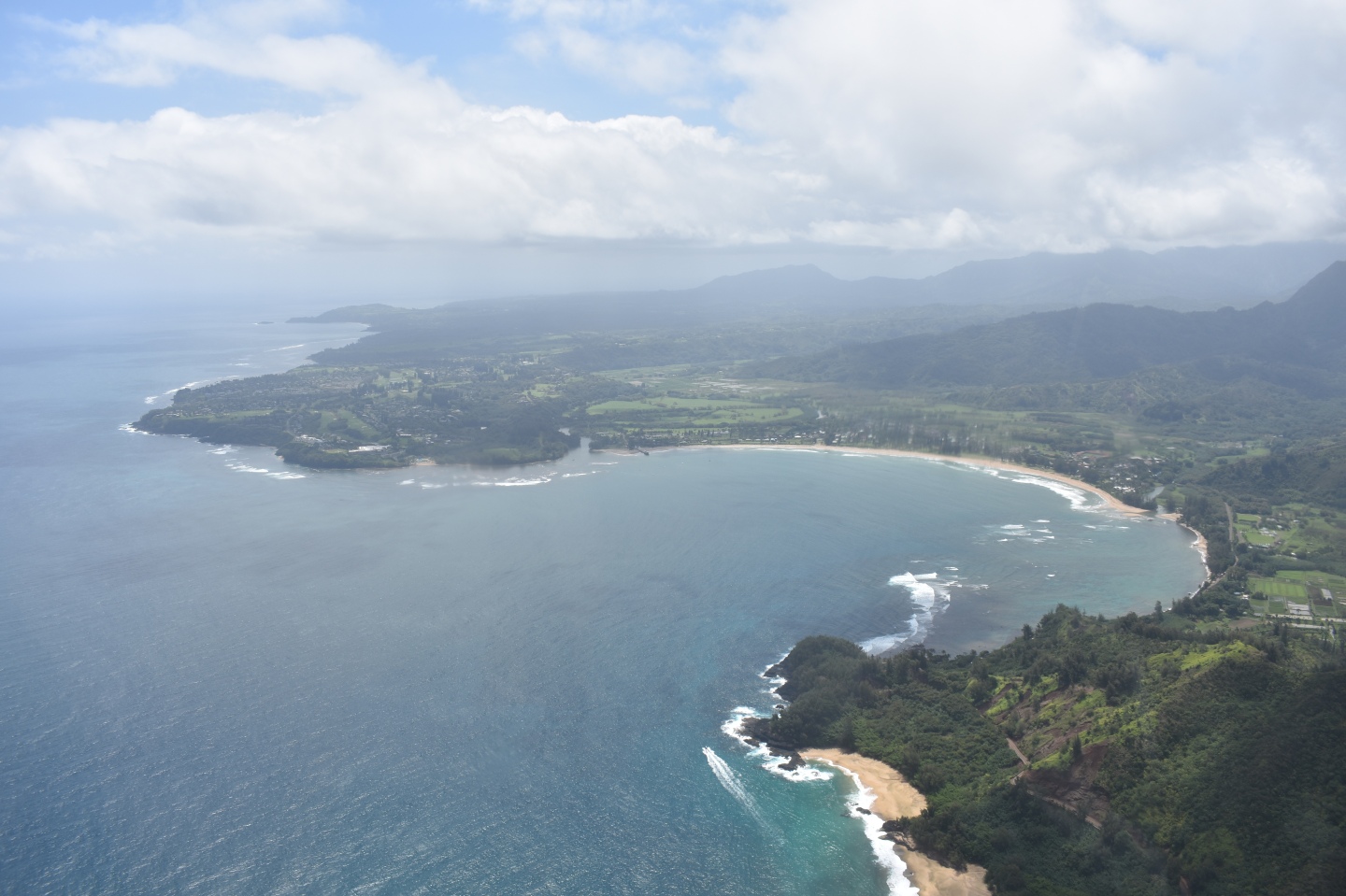 Hello! It is going to take a few blog posts to fully cover my trip to Kauai and Maui, so I decided to post them intermittently over the next few weeks so that you can get a splash of adventure more than once!

To start – no I was not on the big island so I did not see the volcano. It was devastating to watch the news each morning and hear about even more damage done. Volcanoes can be beautiful and fertile, but sadly, that comes long after initial destruction.

My parents took myself and my sisters to beautiful, green Kauai first. In case you didn’t know, Kauai is one of the RAINIEST places in the world. The peak of the mountain in the middle (the extinct volcano that formed the island) is nearly always covered in rain-carrying clouds. And I know what you’re thinking – why would we go to a rainy island for a vacations? Well, it only rains in certain parts each day, so as long as you look at the weather in the morning, you’re good!

We stayed in Princeville, which is the north side of Kauai. It rained there nearly every day, so we spent our days on the beaches in the south. We even got to see a few sea creature friends! it is amazing what the people of Hawaii do to protect their marine life. They put a barrier around each marine animal that comes up on shore so that humans can’t touch them or try to get too close for pictures. I think the mainland beaches could take some notes (*hint hint*).

I’ll be back with some more later, including details on our helicopter ride, seeing “The Rock,” and all the food!